The digital revolution has added new parenting challenges to an already lengthy list, and families are scrambling to stay one step ahead of their tech-savvy kids. A variety of parental control tools have been introduced to offer families peace of mind, but there is a problem: most of those tools are fairly simple for determined tweens and teens to get around.

Consider this: In a recent survey Smith Micro conducted, 45 percent of the parents surveyed said that their child has attempted to disable or bypass the restrictions they put in place to control screen time, filter out inappropriate digital content, or restrict social media use at specific times of the day.

There are all sorts of reasons tweens and teens try to bypass the parental controls their families put in place to protect them. Some want to watch inappropriate digital content, and others want to download restricted apps. Nearly all want more screen time or to use their devices during quiet time — that is, when they are supposed to be sleeping.

For internet-savvy teens and tweens, it’s easy to get around most parental control tools. Step-by-step instructions for multiple evasion tactics are just a quick internet search away. When tweens and teens can evade parental controls, customer churn is inevitable. Families won’t pay for a service they perceive as ineffective, which could directly impact your bottom line. However, there are options for minimizing parental control evasion — options that aren’t so easily overcome.

The long-term profitability of any digital family safety solution depends on minimizing customer churn — and that means preventing the downward spiral caused by parental controls evasion.

That downward spiral starts with tech-savvy tweens and teens finding ways around the tool’s features. Before long, parents discover the issue, and they typically cancel subscriptions for digital family safety solutions that don’t work.

Worse, they form a firm opinion that the tools hold no value. Their poor experience prompts them to uninstall the app, and they often leave negative app store reviews along the way. As negative reviews increase, the aggregate app rating declines — and that means a need to invest more resources in new user acquisition for digital parenting apps.

Spending more money to acquire new subscribers lowers lifetime value. On the flip side, a problem like parental controls evasion will lower lifetime value if it increases churn and decreases the amount of billing cycles a subscriber pays for your family safety app. Ultimately, these factors add up to diminish the long-term profitability of any parental controls offering.

SafePath Family supports multiple features to ensure kids remain connected and engaged with the rest of the family. Now, any mobile operator app based on the latest version of Smith Micro’s SafePath platform will have robust functionality to combat parental controls evasion. These new capabilities run the gamut from alerting parents when evasion attempts are made to rewarding kids for complying with existing parental controls. Read on to learn more.

If “Child” users do succeed in uninstalling the SafePath Family app on their device, “Adult” profiles receive notification of possible SafePath app evasion. That gives parents an opportunity to take action right away.

Adults are also notified if the VPN is disabled on a child’s device. This may occur for reasons other than parental control evasion. For example, the VPN may be disabled briefly by a network connectivity change. SafePath Family automatically re-enables the VPN up to 15 minutes after it is disabled. Parents are sent another notification once the VPN reconnects.

If users with a “Child” profile turn on Developer Mode and USB debugging in their Android phone settings, they can evade the VPN and disable their Parental Controls. SafePath Family sends a notification to family members with “Adult” profiles (Android or iOS device) when Developer Mode and USB debugging are activated, and a USB cable is plugged into the child’s device. Parents can then check the device to ensure parental controls remain active.

If a child’s Android device supports multiple users, the child could switch user accounts on the device to evade the VPN and Parental Controls. SafePath Family sends a notification to family members with “Adult” profiles (Android or iOS device) when a child switches user accounts on their device. Parents can then check the child’s device and make sure they are signed into the device’s primary account.

Bedtime and Off Time Parental Controls are applied according to the time zone of the SafePath Family account and Admin profile. If a child’s device enters a different time zone or a child changes their time zone to evade parental controls, SafePath Family sends a notification to inform family members with “Adult” profiles. Parents can then adjust the child’s Bedtimes and Off Times accordingly or correct the time zone on the child’s device.

While the majority of parents still fall back on rules-based approaches to parenting, some parents prefer to take a values-based approach that relies more on mentoring, coaching and positive reinforcement. SafePath helps wireless carriers address this growing parenting trend with features such as Digital Rewards, which enables parents to encourage parental controls compliance with incentives such as more screen time or a later bed time.

Internet safety and healthy digital behaviors are more important than ever but can be difficult to manage – especially when kids actively try to circumvent boundaries meant to protect them. By providing comprehensive parental controls evasion functionality, SafePath empowers wireless carriers to offer family safety apps that mobile subscribers use and value. Contact us today for a personalized SafePath demo to learn more. 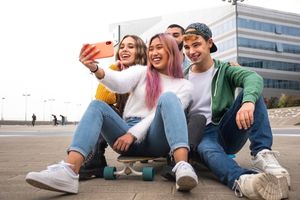 FOSI 2021 Annual Conference – What We Learned 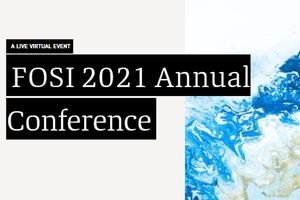 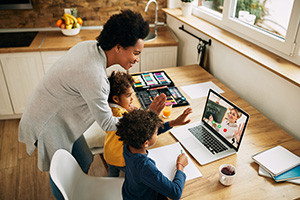 Rules-Based vs. Values-Based Parenting Styles – How the Family’s Relationship with Technology Has Shifted 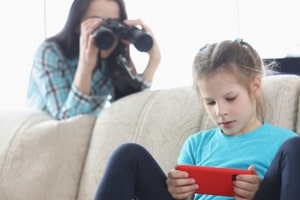 In The News | Family Safety