“I’m encouraged by the positive strides we made as a company in Fiscal 2017,” said William W. Smith, Jr., President and CEO of Smith Micro Software. “Building off our 2016 restructuring, we achieved some significant milestones, which included the launch of our SafePath® Family platform with a Tier 1, U.S.-based carrier, and the implementation of significant product enhancements across our portfolio, all of which we expect to contribute to 2018 revenue growth.

“We are entering 2018 with momentum. The company is well-capitalized and ready to maximize the significant revenue opportunities that lay ahead. As such, I expect to see revenues build throughout 2018, which will return us to positive cash flow and profitability.”

Non-GAAP net loss (which excludes non-cash stock-based compensation, amortization of intangibles, loss on debt extinguishment, debt issuance and discount costs, impairment of long-lived assets, the reversal of restructuring reserves, and a normalized tax benefit) for the fourth quarter of 2017 was $0.7 million, or $0.05 loss per share, compared to a non-GAAP net loss of $1.8 million, or $0.15 loss per share, for the fourth quarter of 2016.

Non-GAAP net loss (which excludes non-cash stock-based compensation, amortization of intangibles, loss on debt extinguishment, debt issuance and discount costs, impairment of long-lived assets, the reversal of restructuring reserves, and a normalized tax benefit) for the year ended December 31, 2017 was $3.5 million, or $0.26 loss per share, compared to a non-GAAP net loss of $8.6 million, or $0.72 loss per share, for the year ended December 31, 2016.

To supplement our financial information presented in accordance with GAAP, the Company considers and has included in this press release certain non-GAAP financial measures, including a non-GAAP reconciliation of gross profit, income (loss) before taxes, net income (loss), and earnings (loss) per share in the presentation of financial results in this press release. Management believes this non-GAAP presentation may be more meaningful in analyzing our income generation and therefore has excluded the following non-cash items from GAAP earnings calculations: stock-based compensation, amortization of intangible assets, fair value adjustments, and debt issuance and discount costs.  Additionally, since we are in a cumulative loss position, a non-GAAP income tax benefit was computed using a 38 percent tax rate using the Company’s normalized combined U.S. federal, state, and foreign statutory tax rates less various tax adjustments. This presentation may be considered more indicative of our ongoing operational performance. The table below presents the differences between non-GAAP earnings and net loss on an absolute and per-share basis. Non-GAAP financial measures should not be considered in isolation from, or as a substitute for, financial information presented in compliance with GAAP, and the non-financial measures as reported by Smith Micro Software may not be comparable to similarly titled amounts reported by other companies.

Smith Micro develops software to simplify and enhance the mobile experience, providing solutions to some of the leading wireless service providers, device manufacturers, and enterprise businesses around the world.  From optimizing wireless networks to uncovering customer experience insights, and from streamlining Wi-Fi access to ensuring family safety, our solutions enrich today’s connected lifestyles while creating new opportunities to engage consumers via smartphones. Our portfolio also includes a wide range of products for creating, sharing and monetizing rich content, such as visual messaging and 2D/3D graphics applications. For more information, visit smithmicro.com.

Certain statements in this press release are, and certain statements on the related teleconference call may be, forward-looking statements regarding future events or results, including without limitation, statements relating to our financial prospects and other projections of our performance, the existence of new sales opportunities and interest in our products and solutions, and our ability to increase our revenue by capitalizing on new opportunities, and other statements using such words as “expect,” “anticipate,” “believe,” “plan,” “intend,” “could,” “will,” and other similar expressions.  Forward-looking statements involve risks and uncertainties, which could cause actual results to differ materially from those expressed or implied in the forward-looking statements.  Among the important factors that could cause or contribute to such differences are our ability to continue as a going concern, our ability to raise more funds to meet our capital needs, changes in demand for our products from our customers and their end-users, customer concentration, given that the majority of our sales depend on a few large customer relationships, new and changing technologies, customer acceptance and timing of deployment of those technologies, and our ability to compete effectively with other software and technology companies. These and other factors discussed in our filings with the Securities and Exchange Commission, including our filings on Forms 10-K and 10-Q, could cause actual results to differ materially from those expressed or implied in any forward-looking statements. The forward-looking statements contained in this release and on the related teleconference call are made on the basis of the views and assumptions of management regarding future events and business performance as of the date of this release, and we do not undertake any obligation to update these statements to reflect events or circumstances occurring after the date of this release. 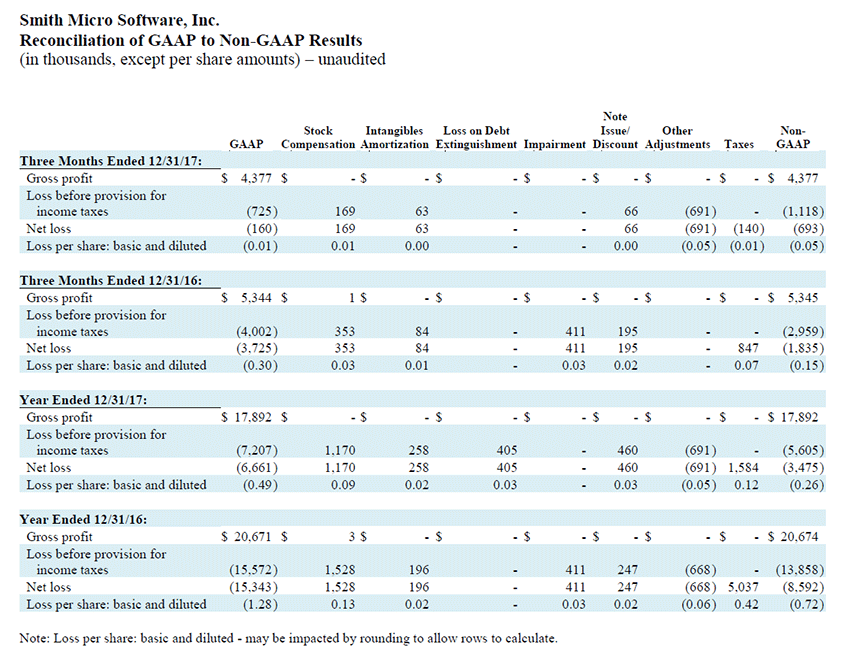 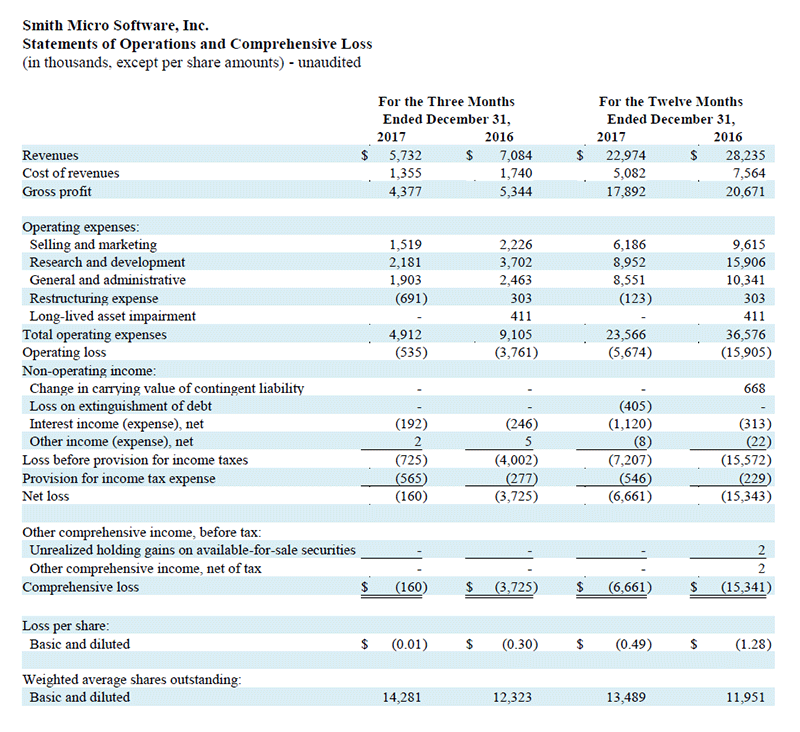 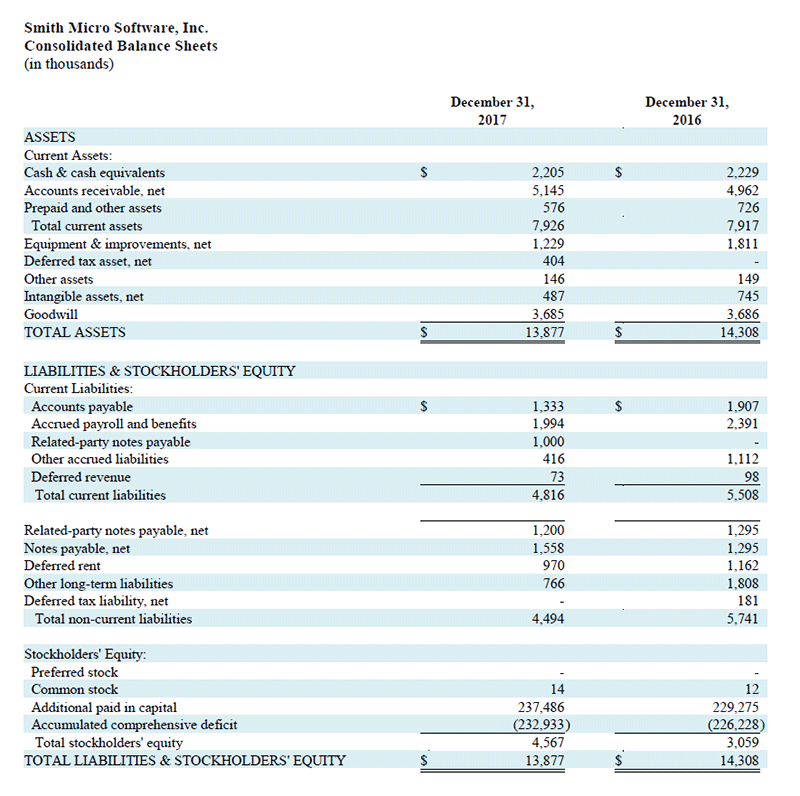